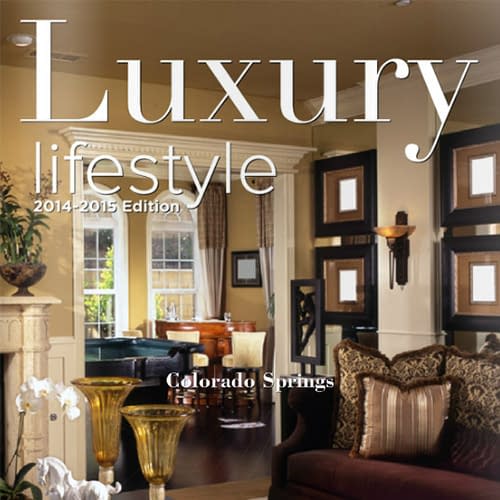 Luxury Lifestyle, an annually-published magazine, recently released its 2014-2015 edition, and I was able to contribute an article highlighting some of the reasons I first moved to Colorado Springs and still choose to live here, 16 years later. Here’s a quick excerpt:

“I believe I am a fairly typical Colorado Springs resident. I moved here from somewhere else, because I like it here better. Like many other residents, I’ve lived all over the USA (raised in an Air Force family, we moved multiple times, eventually settling in Bakersfield, California). My parents decided to move to Woodland Park to retire in the late 1990s, and I chose to follow them with my wife and children shortly after. When we came here, we looked all across the state for places to live, including the Western Slope and Northern Colorado, and ultimately picked Colorado Springs as our home. 16 years later we are still here and we’re not planning on going anywhere else.”

You can pick up a copy of Luxury Lifestyle magazine for free at several golf clubhouses in Colorado Springs, including Flying Horse Country Club, Country Club of Colorado, Kissing Camels Golf Club, and more, or read the article in the online edition here (it’s on page 17).